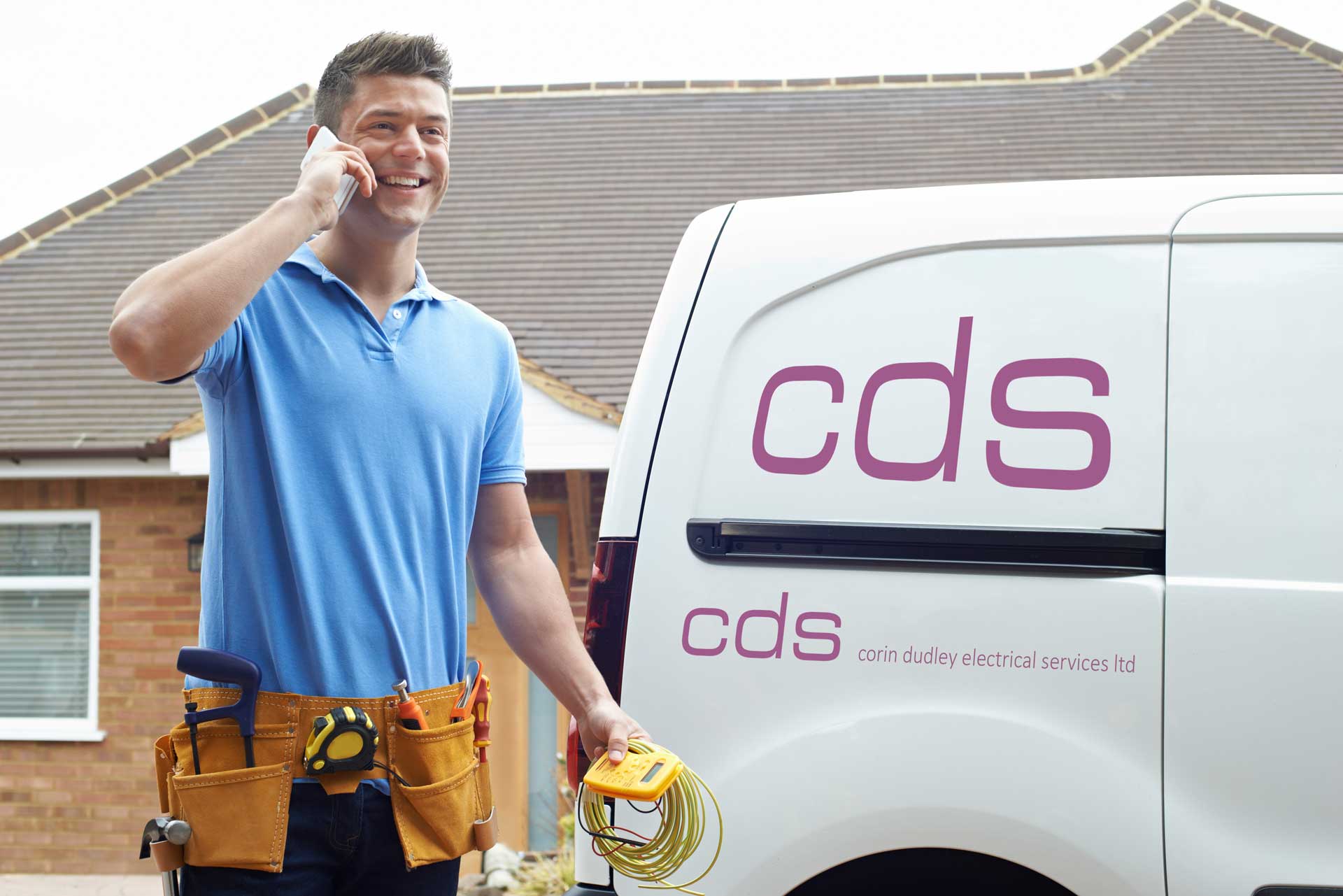 Corin Dudley Electrical Services Ltd are the South East's premier electrical contractor. Covering an area with a radius of approximately 60 miles, the number of customers that CDS Electrical are able to accommodate is quite staggering. They are now operating in their 22nd year and are growing quicker than ever before with a customer base that covers all user types.

From domestic homeowners and landlords to commercial premises, shops and organisations. From industrial factories and warehouses to educational institutions including; nurseries, schools, colleges and universities. The sheer scale of environments that CDS Electrical work in demonstrate their ability to work and adapt to change quickly and efficiently.

Their professional service, quality workmanship and commitment to outstanding customer service is reflected by the amount of positive feedback that they receive on a daily basis through phone calls, written letters, e-mails and on Checkatrade where their overall score is an impressive 9.86 out of 10 (based upon 669+ reviews).

CDS Electrical was founded in 1996 by Corin Dudley; who continues to run and drive the business with that same enthusiasm and passion today. By 2002 the business had grown significantly due to the professional and reliable service that Corin has always enforced and he incorporated the business to become Corin Dudley Electrical Services Ltd. Fast forward 16 years and CDS Electrical is now a strong team of 37 who are growing quicker than ever before.

CDS Electrical have made a prominent mark in the surrounding area by being a company name that most people have heard of. Their securing of contracts over the years including Eastbourne Homes and Lewes District Council to name just a couple demonstrate the scale of works they can adhere to. Their commitment to delivering safety first and providing the customer with the best service possible is what has propelled them to be an award-winning company.

In addition to their extensive work throughout the South East for various contracts and individual customers, CDS Electrical have also become a prominent name when it comes to fundraising for the local community and charities. CDS Electrical created their own charity event in 2016 titled the ‘Pier to Pier Challenge’ and 2019 will see the 4th annual version take place. Across the past three years, over £5,000 has been raised for Chestnut Tree House from the Pier to Pier challenge alone.

The Polegate based electrical contractors who cover a wide range of services including; Air Conditioning, Solar Photovoltaic, Fire Alarms, Emergency Lighting, PAT Testing and Vehicle Charging are equipped with the knowledge and tools to tackle any job, no matter how big or small that may be.

No items found.
< All Blog Articles
Call us today to arrange for a free no-obligation quote on
01323 734162
or you can send an e-mail to
info@cdselectrical.co.uk
Copyright © 2015 CDS Ltd
website by